The 2014 Consumer Guide to Electric Cars 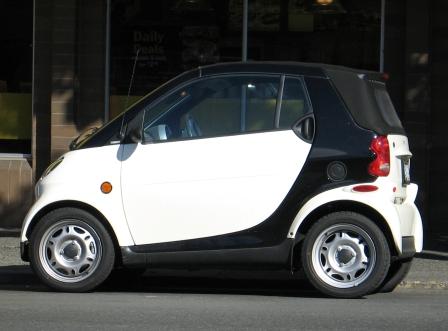 Across the world, everyone is feeling the economic crunch. The rise of petrol prices has increased the prices on many of our everyday products, food, clothing, even housing expenses have increased a great deal.

Why Buy an Electric Car?

Impacts on our environment are also being felt. Many larger cities are seeing huge impacts on air quality. Thus, they are asking consumers to find alternatives. If you commute into work every day from a suburban area, you may see signs or here on the many radio stations public announcements asking consumers to find alternate transportation. For those that do live in suburban areas, public transportation is not an option. However, there are alternatives available, the best of which is an electric car.

Why Are Electric Cars So Popular?

The popularity of the electric car is on a steady rise, however, for many the prices of the cars may be a challenge. Many governments, however are offering tax incentives to those who do purchase more environmentally friendly transportation and the UK is no exception. The UK Plug-in Car Grant is now in place and the next few years promise to be exciting ones for electric cars.

Electric Cars, also known as EVs, are becoming a more popular alternate transportation over what are known as hybrid automobiles. First off, the Evs, strictly run on electricity. There are no emissions to worry about, which is very helpful for our environment. They are also more cost effective as the price per mile is less than 2p while a petrol car will average 17p. Instead of the need to fill up every few days, most owners simply plug their cars into their homes and are ready to go fully charged the next day. There are many cities that are also making it convenient for consumers to plug their cars in for a charge however, there is usually a fee for doing so, not to mention the time it takes.

What You Need to Consider

• Access to a garage: You need access to a garage or other off-street parking area to be able to recharge the electric car overnight. Unlike petrol stations, public charging stations are still few and far between.

• Limit your daily mileage: Your daily driving mileage needs to be limited to less than around 100 miles a day.

• Battery life: This is yet another major concern because replacement costs for a battery are too high. Nissan offers an 8-year/100,000-mile warranty on its electric car battery, and other companies offer similar warranties for their batteries.

What Makes Are Available?

Many companies are jumping in with both feet to give the best value for your hard earned money. Only recently have the major manufacturers invested in high quality electric models that could mimic conventional-car performance at a mass-market price. For example, Nissan recently introduced their electric car called the Nissan Leaf. You can go 100 miles on a single charge. You can purchase a brand new Nissan Leaf for around £27,000.

Chevrolet has also created an electric car. This car is known as the Chevrolet Volt. The Volt can go approximately 35 miles on a single charge and the price is very steep at £33,500.

The initial expense of electric cars tends to be nearly twice as much as their petrol counter parts but you will quickly pay for itself thanks to the fuel savings.

You may also want to read about: Hybrid Cars